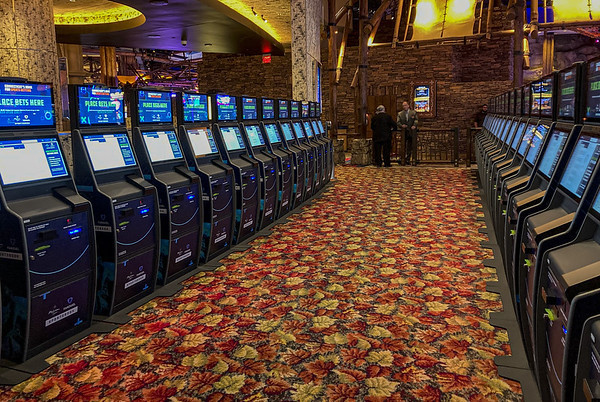 ROCKY HILL - The state's quasi-public Connecticut Lottery Corporation continues to see robust sales, driven in part by large jackpots in Powerball and other multi-state games, as well as superstitious players who picked the numbers 9-1-1 on Sept. 11, the anniversary of the 2001 terrorist attack.

The first quarter figures released Thursday come as the lottery has seen a lot of player interest during a soft launch of sports betting in Connecticut. Officials said the lottery may commence its first three in-person sports betting locations as soon as Wednesday, depending on final state approvals.

“This was the best first quarter in the lottery's history from a sales perspective,” he said. The lottery reported a record fiscal year last year, despite the COVID-19 pandemic.

Nearly $105 million of the money generated from the first quarter sales was transferred to the state's main spending account, the general fund.

Granato said the lottery had “solid sales” across its portfolio, with nearly every game performing better than expected. He noted, however, that September was a very large payout month for the lottery, due to so many players betting on the numbers 9-1-1 and winning.

“Our payout was $4.1 million for that draw alone,” he said, referring to the daily numbers draw on Sept. 11.