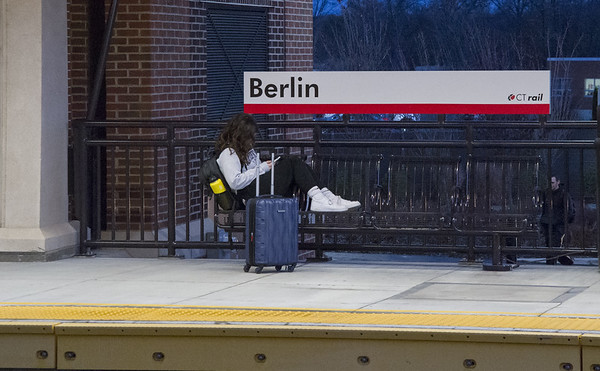 HARTFORD - More than a million riders have traveled the commuter line between New Haven, Connecticut and Springfield, Massachusetts that opened in June 2018.

Connecticut Gov. Ned Lamont said last week that the Hartford Line has seen 1,075,559 passenger rides in the past 19 months. The one-millionth ride happened around the busy Thanksgiving holiday in late November, his office said.

Ridership on the line, which also serves Connecticut's capital city of Hartford, has been growing at a rate of 25% year-over-year, Lamont's office said.

The line is also on track to exceed 750,000 passenger trips in its second year, outpacing forecasts, the office said.

“Central and northern Connecticut should have had a commuter rail line for decades - quite frankly it’s astounding that it wasn’t until a year and a half ago that the region finally got one, and these numbers show that people want more options to travel by rail,” the Democratic governor said in a statement.

Lamont has proposed expanding the commuter line as part of a ten-year transportation plan he's submitted to state lawmakers.

Among the proposed upgrades are adding a second line of rail tracks to increase service frequency, adding real-time, digital travel information displays at its train stations, and adding new train stations in Enfield and Windsor Locks.