More than 30 active blight complaints currently being handled in Newington 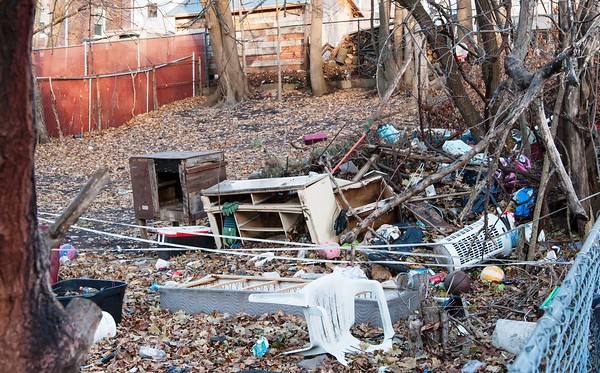 NEWINGTON – There are currently over 30 properties where active blight complaints are being handled in town.

The most recent prior update took place in Sept. 2020, one month before Hinckley became the town’s designated Blight/Zoning Enforcement Officer and Assistant Town Planner.

“When I did take over I inherited a blight list with a little over 100 properties and since that time I have closed approximately 90 blight complaints off that list,” Hinckley said, adding that about 30 to 40 new complaints come in each year.

He has handled four appeals, the same amount of hearings and all citations were upheld by the hearing officer.

Hinckley provided councilors with a spreadsheet of active complaints, including the date a citation was issued and steps taken toward resolution.

“A property you don’t see on the list is 260 Stamm Rd.,” he said. “It was blighted but we remediated that through zoning enforcement action over the summer.”

The property owner in this case paid the town $24,000 in fines due to the cleanup of more than 17 abandoned or “junk” vehicles.

“That’s ongoing,” Hinckley added. “We’ll be back there in February trying to clean out the rest of the building.”

He is currently the only town employee responsible for land use enforcement, including blight, zoning and wetlands, in addition to his other duties.

When a complaint comes in to his office, Hinckley heads to the address provided to investigate. If the case is indeed determined to be blight, the property owner is issued a citation and given at least two weeks to resolve the issue, depending on how extensive.

Mayor Beth DelBuono told him she often receives complaints about properties where blight has been a longstanding problem.

“I understand you’re looking for people to make progress towards a goal,” the mayor said, “but a lot of times people are expecting an immediate fix.”

If the issue goes unresolved, all lienholders on the property are issued citations and then town officials decide whether or not to proceed with remediation. If they do then a 10-day notice is issued for the property to be placed on the blight list, authorizing their right of entry onto property. Oftentimes an outside contractor must be hired. Once any clean-up work is completed, the property owner is issued an invoice with a time stamp for payment. If it goes unpaid, the town files a lien.

Among the most common blight issues in Newington are long grass, abandoned vehicles, deteriorating building structures and accumulated debris.

Hoarding issues inside homes do not fall within the ZEO’s purview and are referred to the Safe Homes Task Force. Newington Human Services works with church groups who deploy volunteers to help a homeowner tackle cleanup while their mental or physical health issues are handled by the department.

“I think it’s good you are working with Human Services in instances that there are other types of help needed,” Deputy Mayor Gail Budrejko said.