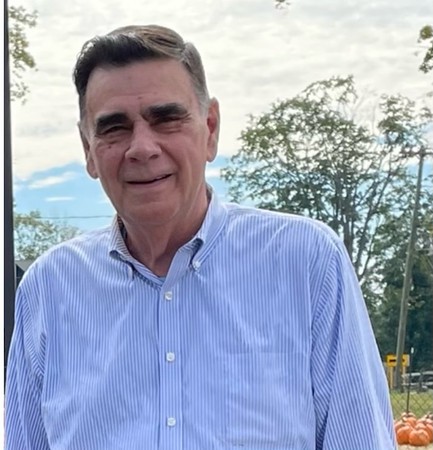 The union representing Newington town and board of education employees has filed nine complaints with the Connecticut State Board of Labor Relations, alleging Town Manager Keith Chapman violated municipal labor law by refusing to negotiate over pandemic pay, retaliating against bargaining unit members and subcontracting their work.

Council 4 of the American Federation of State, County and Municipal Employees (AFSCME) filed the complaints on behalf of Local 2930, which represents 176 town and Board of Education (BOE) employees.

Ann-Marie Sunderland, president of Local 2930 who also works as the principal’s secretary at Newington High School, spoke with the Herald about the issues raised in a phone interview Thursday morning, one day after the complaints were filed.

“Our members were front line employees during the pandemic; we give our all to provide quality services to Newington citizens and taxpayers,” she said. “I spoke with Mr. Chapman on three separate occasions requesting pandemic pay for our members; unfortunately he just wasn’t interested in having the conversation.”

Unit members include cafeteria, clerical and custodial workers as well as staff in the library, engineering and parks departments.

The union also claims that Chapman violated the town’s contract with the union by subcontracting members’ work on at least seven occasions between Oct. 2019 and Aug. 2022.

In one instance, Sunderland pointed out, the town subcontracted renovation work at its baseball fields.

“The town is paying the workforce who is more than capable of doing this work as well as paying the subcontractors,” she said. “Our members are really concerned about their jobs going forward if they’re continuing to subcontract this work.”

Other complaints filed claim Chapman engaged in hostile behavior during public meetings, threatening retaliation against union members if grievances were not settled.

“We didn’t file these complaints without careful consideration,” said Scot Soares, staff representative from Council 4 AFSCME who represents Local 2930. “We have been trying to work with the town for the last three years to resolve various issues, but we have hit a dead end. The town manager continues his bad behavior and has doubled down on the unreasonable positions he is taking on issues such as outsourcing. It’s reached the level that threats are being levied against our members. That was the point in which we decided we had no choice but to go public with our concerns.”

Chapman denied the claims when the Herald reached out to him for comment Wednesday.

“These allegations have not been proven and are denied by the town and working their way through the grievance process,” Chapman said, adding, “I cannot comment further as these are personnel matters.”

Sunderland planned to address the issues in front of the Town Council at its meeting Thursday night, in hopes of giving a voice to the employees she represents.

“In the end we really just want to see changes from town leadership and we want respect,” she said, pointing out that union members have worked tirelessly since the pandemic began and wish to be afforded the same treatment as other town employees who received pandemic pay.

“During the pandemic our cafeteria workers provided 750 breakfasts a day and 2500 lunches daily,” Sunderland said, giving an example. “We really worked hard given the uncertainty of what was going on.”

The Labor Board is expected to schedule an informal hearing in the next few weeks to review the merit of the complaints. If further action is necessitated a formal hearing will take place.

“We’re confident the labor board will rule in our favor,” Sunderland said.

Remedies being sought by the filing include ordering the town to cease and desist subcontracting and bargaining in bad faith. It also calls for the town to disclose its violation of the Municipal Employee Relations Act, if the Board determines that violations were made.

“We are always ready to work with the town on any issue, but we are skeptical they will ever work with us in good faith,” Soares said. “At the end of the day our members just want to do their jobs, to continue to provide the superior services to which the residents of Newington have become accustomed.”