Courtesy photo A young Jonathan Ferreira with his parents. Buy this photo

Courtesy photo | Jonathan Ferreira, a 26-year-old Newington resident who passed away due to COVID-19 related complications May 1, 2020. Buy this photo 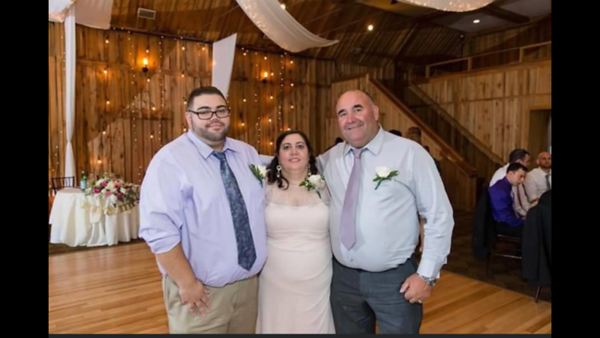 Courtesy photo The late Jonathan Ferreira, who passed away of COVID-19 related complications May 1, pictured at a family event with his parents, Elisabeth and Paulo Ferreira. Buy this photo 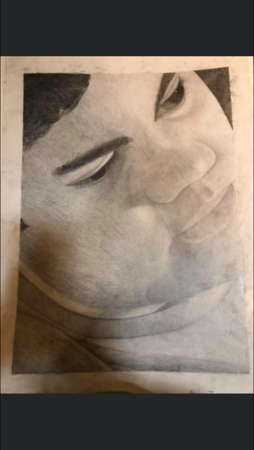 Courtesy image A self portrait made by Jonathan Ferreira while he was a student at Newington High School. Buy this photo

Courtesy photo | A six-month-old Jonathan Ferreira, pictured here in a family photograph. Ferreira died of COVID-19 May 1, 2020, at age 26. Buy this photo

NEWINGTON - A local family is mourning their son, who lost his life to the coronavirus at the young age of 26.

Jonathan Ferreira was a talented artist, a loving son, a kind friend and a hardworking employee of Home Depot in Berlin, where his family believes he caught COVID-19.

“At that time, he wasn’t going anywhere other than work and home,” Jonathan’s mother, Elisabeth, told the Town Crier.

But she doesn’t blame his job, his doctors or anyone for his death. In fact, the company offered to pay for Jonathan’s final services.

The family held a small, private service at their church, Our Lady of Fatima. Members of the Portuguese parish and countless others have offered the Ferreira family their compassion during this challenging time.

“Even people who didn’t know him have reached out,” Elisabeth said. “Everyone has been so kind to us. Jonathan has a lot of friends and a big family. I wish we could have had more people at the service.”

His father, Paulo, has memorized a timeline of Jonathan’s last month on this earth, including the first day he reported an increase in body temperature.

“He worked for two weeks straight before his last day of work April 5,” Paulo recounted. “He didn’t know at that time he was getting sick already.”

That Monday, April 6, Jonathan woke up so tired he couldn’t go to work. Tuesday he had a fever, a sore throat and some coughing. He called the family doctor and went to testing locations the next two days, only to be turned away due to the high volume of visitors. Finally, that Friday, a test was administered and came back positive.

On Monday, April 13 he fell seriously ill and his parents called 911. Jonathan was rushed to Hartford Hospital, where he spent the next few weeks on ventilators.

“He was getting better, the doctors were all excited that last week,” Paulo remembered. “Then his blood pressure just dropped completely. They did everything they could for him.”

Jonathan’s doctors used FaceTime to contact his parents and the family said their final goodbyes.

“He looked very peaceful,” Elisabeth said. “I told him, ‘Jonathan, mommy and daddy love you very much. You will always be in our hearts.’”

The couple was not concerned about catching the coronavirus from their son, who did his very best to stay isolated during the time he spent at home. He had an apartment in the family’s basement with his own bathroom and his dad would leave food at the top of the stairs for him.

“He was really worried about his mom, because she has so many health problems,” Paulo said. “He did not let us go near him.”

Jonathan, a 2012 graduate of Newington High School, had been studying anthropology and history at Central Connecticut State University before taking a break to pursue other interests.

He was 20 credits away from graduating and had planned on returning to school.

Since he was a little boy, art was Jonathan’s other passion. A self-portrait he completed in high school is so realistic, his mother can look at it and imagine she is looking into her son’s eyes.

“I miss his smiles, his affection,” Elisabeth said. “But I know he’s with me right now.”