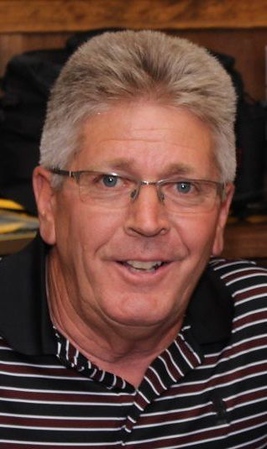 Dakota Partners An artist’s rendering of a future 108-unit affordable housing complex to be built at 550 Cedar St. in Newington. Buy this photo

NEWINGTON – A group is planning to petition the town, claiming it needs more housing options for low- and moderate-income renters sooner rather than later.

Several former Newington leaders are opposed to Newington applying to the State Dept. of Housing for a Certificate of Affordable Housing Completion to prevent developers from imposing projects over the next three years. The intent of CT General Statute Sec. 8-30-g, they argue, is to encourage affordable housing, not shut it out.

The moratorium would prevent situations like the one the Town Plan & Zoning Commission had with Dakota Partners, the developer who took its case for an affordable housing project to court after it was denied by the TPZ. After winning its case this fall, Dakota is now securing funding for the Cedar St. project.

After this is built the town will be only 88 units short of meeting the state requirement of having 10 percent of housing stock designated as affordable. That’s one of the points raised in the application, in which officials say they will be using the three-year period to formulate an Affordable Housing Plan.

However, opponents like former mayor Stephen Woods say the town is just stalling.

“I think we have a good stock of affordable houses for first-time families but we don’t have enough of an inventory of apartments and affordable rentals to get people in the town and paying taxes,” he said. “About eight-and-half percent of our housing stock is affordable right now and I believe we need to be at 12, 13 or 14 percent before we even think about putting a moratorium in place.”

Town Council published a notice indicating its intent to apply for the moratorium in the Dec. 24 issue of the New Britain Herald. Residents had 20 days to submit comments to the Town Planner about the application and also potentially petition it within that period. If a petition signed by at least 25 residents is filed with the Town Clerk by next Monday, Jan. 13, requesting a public hearing, the town will be required to hold such a hearing.

Woods told the Herald he planned on starting submitting a petition by this deadline, calling affordable housing “an obligation to the community.” He is a part of the group that manages Southfield Apartments, one of the town’s only complexes that offers units below market rate.

“As a member I see the good we do there,” Woods pointed out. “I think people have the wrong idea about affordable housing. Who doesn’t need help when they’re first starting out in life? And our seniors continue to need assistance.”

“The count included units in Griswold Hills that could only be completed after the developers went to court and successfully sued the Town sometime back in the 1990’s,” Castelle wrote, adding, “the bad-faith nature of this application for an Affordable Housing Moratorium is once again illustrated by the Town’s taking credit for the construction of units that they originally opposed tooth and nail.”

In another letter published by the Town Crier in December, Castelle urged the council “to immediately establish a Committee to begin the serious job of scouting for suitable parcels of land for development, begin the process of setting aside the necessary funds, and start reaching out to developers in a sincere effort to increase the number of affordable housing units that Newington so badly needs.”

Castelle said he planned to be “the second signature” on Woods’ petition.

Another resident who plans to sign it is Ed Litke, an active member of Family Promise CT, which provides assistance to homeless families in the Greater New Britain region.

“We have had guests from Newington,” Litke said. “There have been homeless children in my kids’ classes at school in Newington. It’s extremely difficult for families. If we’re not making sure we have children with a wide variety of backgrounds in our town than we’re missing out on some great opportunities because kids today have so much to offer.”