Town officials, Board of Education sworn in

Erica Drzewiecki | Staff The new Newington Town Council is sworn in during an organizational meeting inside Town Hall recently. Buy this photo 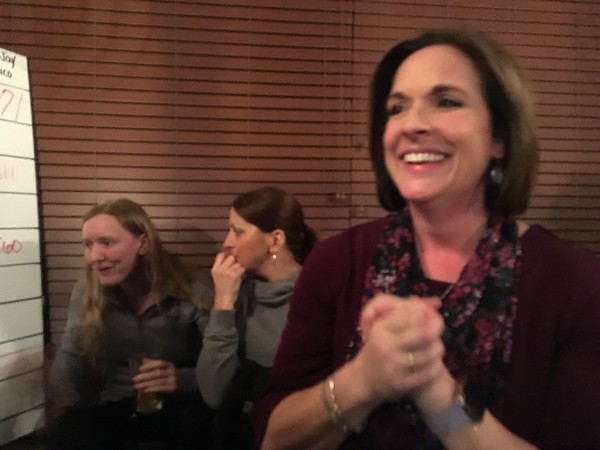 Erica Drzewiecki | Staff The new Newington Board of Education is sworn in during the organizational meeting. Buy this photo

NEWINGTON - Your newly elected town government members have sworn under oath to faithfully discharge their duties according to law.

A formal inauguration ceremony took place inside the Town Hall auditorium last week, marking the official start of service for Mayor Beth DelBuono, the Town Council and the Board of Education.

Town Clerk James Krupienski administered the state-mandated oath of office to each individual, beginning with the mayor, who offered her own assurances to the public afterwards.

“We will have a positive attitude at this table,” DelBuono said. “Whether or not we agree up here you will see respect, integrity and transparency.”

Newington citizens filled the audience, some taking the opportunity to wish elected officials best wishes during the public participation portion of the meeting.

Town Plan & Zoning Commissioner Michael Fox congratulated them on their victory, going on to impugn hostile discussions on Facebook over the last few months leading up to the election.

“I don’t know where the people who said these things got their education or upbringing,” Fox said. “Call it a private chat but once it gets out it’s out and you can’t unsee it.”

State Rep. Gary Turco urged them to move past the campaign politics and get to work for the good of Newington.

“Democrats and Republicans, we all need to work together,” he said. “Sometimes disagreements can make our discussions and legislation at the Capitol even better, but there are so many more things we can compromise on. Let’s make sure we get every dollar we can back to our town.”

Resident Gary Bolles presented bouquets of flowers to the women around the table and declared he was happy to see a woman elected mayor.

“In November 1981 the first woman mayor was elected - Mary Ellen Andersen,” Bolles recalled. “She was re-elected in 1983. For the first time in 38 years we have elected another woman mayor.”

John Bachand asked the council to afford citizens transparency to a fault.

“If you get everything else wrong and you get that right that’s the most important thing,” Bachand said.

Councilors made remarks after the public commented, agreeing to get past the campaign commotion.

“If we as a community and a council can rise above the politics we can move forward,” Budrejko pointed out.

“Our community has become broken,” said Anest, one of those targeted in discussions online. “We all have goals but we will not be able to accomplish any of them if we do not get past this. It’s time we put our differences behind us, apologize to each other and move forward in a positive way.”

The first official meeting of Newington’s new Town Council is set for next Tuesday, Nov. 26, at 7 p.m. The new Board of Education’s next meeting is set for Wednesday, Dec. 11, at 7 p.m.

Over the next year elected officials are expected to see the Town Hall/Community Center Project to completion, grapple with state mandates and potential service fee hikes and pass new town and school budgets, among other tasks.