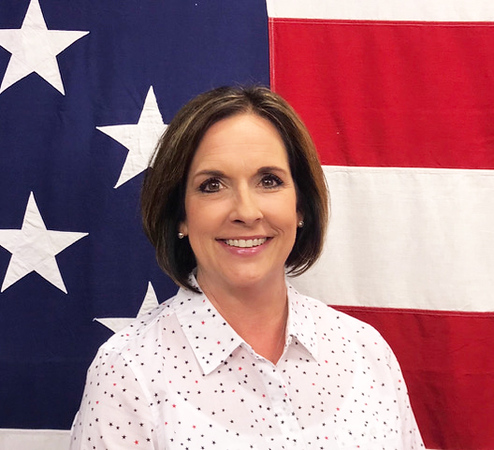 NEWINGTON - After a campaign season some would call contentious and others downright nasty, the town has elected a new mayor.

The race for the chief’s seat pitted two town councilors against each other: Beth DelBuono, a Republican, and James Marocchini, a Democrat.

DelBuono celebrated winning the position of Mayor with over 56 percent of the vote, according to unofficial results available after the polls closed Tuesday night.

She thanked her family and fellow Republicans for their support during a difficult campaign season.

“We worked our butts off and it paid off,” DelBuono said. “It just goes to show, negative doesn’t work and positive does.”

DelBuono celebrated a win at the polls Tuesday night, as unofficial results showed the majority of voters favored her conservative approach to Newington’s future.

She vowed to protect taxpayers’ interests during the campaign season, amidst ongoing “he said, she said” charades by citizens on social media the last few months.

The Newington native works as a speech and language pathologist for the Capital Region Education Council. She and her husband, a veteran of the U.S. Armed Forces, have two children.

DelBuono said her first priority upon being sworn-in will be to look at getting the Town Hall/Community Center Project under budget, after the original $28.8 million budget approved by referendum rose by $2.8 million earlier this year.

A group of residents allege enacting this increase without asking voters is a violation of the Town Charter. The case is still being reviewed in Connecticut Superior Court and a decision is expected by the end of the month.

Marocchini, a project manager with Pioneer Builders in Newington, just completed his third term on the Town Council. His plan if elected was to continue making progress on the project, slated for completion mid-summer 2020. He campaigned on the promise of “moving Newington forward,” with plans to update the town’s aging infrastructure and build the grand list with a large-scale, mixed-use development on Rt. 175, beside a DOT-planned train station.

DelBuono has served on the council for four terms, holding ranks as deputy mayor, majority and minority leader. She served on the Board of Education for a total of eight years prior. She credited voters trusting in her extensive experience in town government for helping her pull through at the polls.

For the most up-to-date election results, visit NewBritainHerald.com.