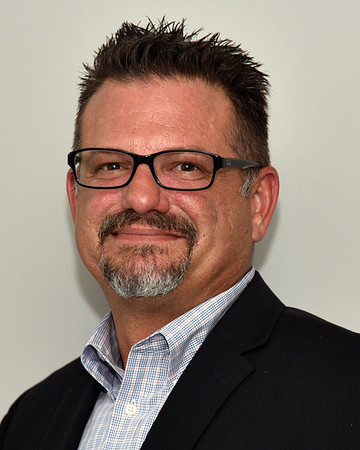 NEWINGTON - Moving the town forward is at the top of James Marocchiniâ€™s priority list, if elected mayor on Tuesday.

A project manager with Pioneer Builders, Marocchini is just completing his third term on the Town Council. He served previously on the townâ€™s Economic Development Commission.

Speaking of economic development, itâ€™s really at the forefront of the Democratic candidateâ€™s mayoral agenda. He is a big proponent for a future Transit Village Design District (TVDD) on Route 175, alongside a Hartford line train station being planned by the Department of Transportation. The TVDD concept envisioned by town officials mirrors Hartfordâ€™s Blue Back Square with more of a â€śsmall town, New England feelâ€ť with shops, restaurants and community gathering spaces.

â€śIf we can use our geographical location between two major cities as an advantage, maybe we can turn Newington into a hub for young professionals,â€ť Marocchini told the New Britain Herald staff when he announced his candidacy earlier this year.

He was endorsed by the Newington Democratic Town Committee, along with fellow Council incumbents Carol Anest, Diana Serra and Chris Miner. Rounding out the slate are Sharon Braverman, a current Board of Education member; and Timothy Zapatka, a political newcomer and longtime town volunteer.

â€śYou always have to work together with whoever is sitting at that table to come up with whatâ€™s best for Newington,â€ť Marocchini pointed out. â€śMoving the town forward is the most important thing and thatâ€™s why Iâ€™m running for mayor. I think Iâ€™m the best candidate for the job because I have the vision of what Newington should be moving towards for our future.â€ť

That vision equates to updating infrastructure, starting with the Town Hall/Community Center project that broke ground earlier this year. Democrats supported a $2.8 million increase to the projectâ€™s budget, now being challenged by a group of residents in Connecticut Superior Court. A ruling in their favor could force the town to halt construction and return to a referendum to ask voters for the extra funding.

â€śWeâ€™ve kicked the can down the road way too long,â€ť he added. â€śWeâ€™ve fallen behind the gamut on a lot of our projects and I think thatâ€™s hurting us in the long run. Without good things to offer itâ€™s hard to draw new residents. We have to reinvest in ourselves.â€ť

Marocchini and his wife are both Newington natives and have a 13-year-old daughter. Family drives his desire to make Newington a better place - a sentiment shared by others he encountered along the campaign trail this fall.

â€śThings people want align with things I want,â€ť he said. â€śWe have to make sure weâ€™re coming up with new ideas for Newingtonâ€™s future to keep young families wanting to live here and keep our real estate values up.â€ť

How can these goals be accomplished while keeping taxpayer dollars in check? Improvements to parks, schools and infrastructure can be wrapped into the Capital Improvements program, according to Marocchini.

â€śIf done properly we can accomplish them over several years without one project necessarily affecting taxes,â€ť he said. He also plans to work with state officials to ensure educational cost sharing funds are retained this budget cycle and the townâ€™s tax credit programs for seniors and veterans stay in place.