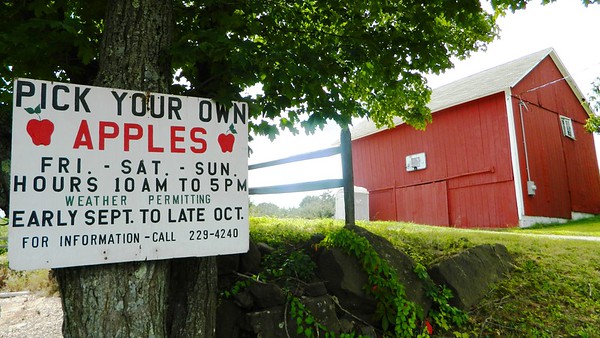 Erica Drzewiecki | Staff Apples will be available for picking at Rogers Orchards in Southington on weekends over the next two months. Buy this photo

Erica Drzewiecki | Staff Sue Robbins and her grandson, Landon, 8, of Canton picks their own apples at Rogers Orchard last Sunday. Buy this photo

Erica Drzewiecki | Staff A ripe apple, ready to be picked. Buy this photo 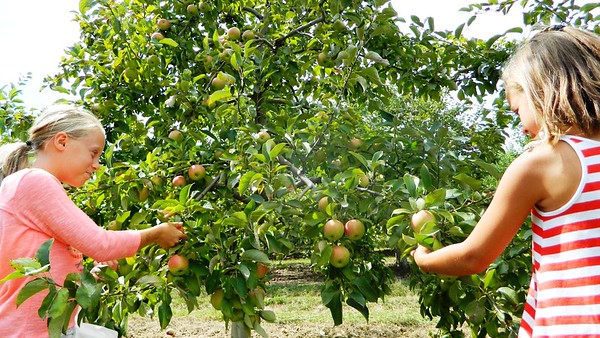 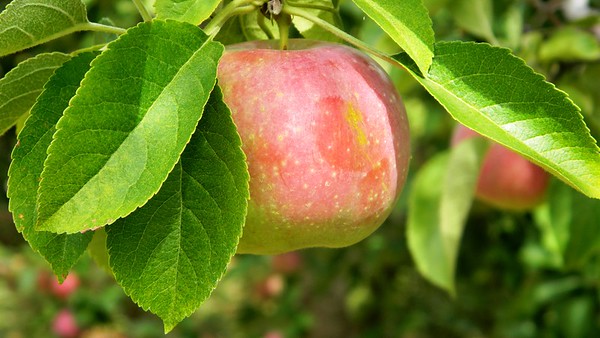 Erica Drzewiecki | Staff If apples could talk, this one would be saying “Pick me!” Buy this photo

Apples left Rogers Orchards by the pound during opening weekend of Pick-Your-Own season. Now through late October, the orchards at both Rogers’ Home Farm and Sunnymount locations will be open Friday, Saturday and Sunday from 10 a.m. to 5 p.m., weather permitting.

Eighth-generation fruit grower Peter Rogers can remember helping at the Pick-Your-Own stand when he was a kid. This year marks the 210th harvest at the family farm.

“We started with Baldwin apples, an heirloom variety that we still grow today,” Rogers said. “The Pick-Your-Own has been a nice thing to offer the community,” he added. “You see the same families come back every year looking for a certain variety on opening weekend. With school starting that’s when it really picks up. It’s a nice family activity. It gets people outdoors appreciating Mother Nature and enjoying the fall weather.”

School groups and Scout troops also make special trips to Rogers Orchards to learn about growing and harvesting fruit. There are over 20 apple varieties and people can taste as they pick. A harvest calendar is up on the farm’s website, so those who do have a favorite variety can check when it’s ready to pick or available in the storeroom.

Cider, homemade pies, fresh corn and local honeys are all for sale in the Home Farm storeroom at 336 Long Bottom Road. Store manager Victoria Germano can list the most in-demand items by month. Right now it’s peaches, cider, donuts and pies. At the end of September Macoun apples take the cake (or pie).

“In a few weeks that will be what everyone is coming for,” Germano explained. “As soon as they come out, you can’t even keep them on the shelves.”

Even at the Pick-Your-Own booth a half mile down the road Sunday, Marissa Rusczyk had lots of inquiries about the distinctly sweet, aromatic variety.

“What’s most similar to Macoun?” one visitor asked. “The Jonamac,” Rusczyk answered with certainty.

Plainville resident Sue Robbins and her grandson, Landon, who lives in Canton, each carried a tote as they walked up the rows of apple trees, sampling Honey Crisp, their favorite.

“We come up here every year,” Robbins said. “School is starting, so we figured we’d get some nice apples for our lunches.”

Eight-year-old Landon reached the apple of his eye without any trouble, since Rogers’ trees are semi-dwarf and just the right height for people of all sizes and ages.

“What do you do with it when you’re finished eating?” he pondered, taking a giant bite of the Honey Crisp in his hand. “You just toss it on the ground,” he answered his own question. “The seed makes good dirt.”

Sisters Phyllis and Janet Carlson grew up in Bristol and have visited Rogers Orchards since they were kids.

“We always came every Sunday after church,” Phyllis recalled.

“There’s nothing like apple picking in the fall,” Janet added.