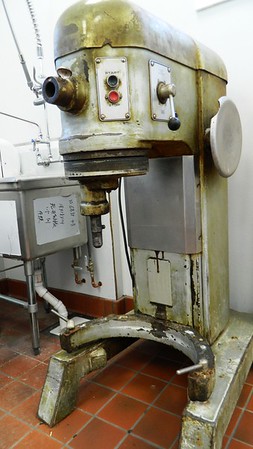 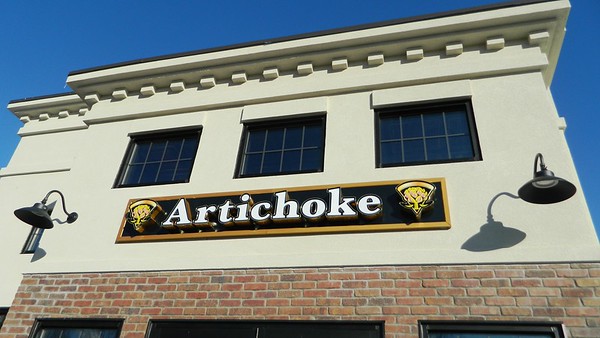 Erica Drzewiecki | Staff The entrance of Artichoke Basille‚Äôs Pizza, at 2391 Berlin Turnpike in Newington, which will open Feb. 13 with a fundraiser for Project Graduation. Buy this photo 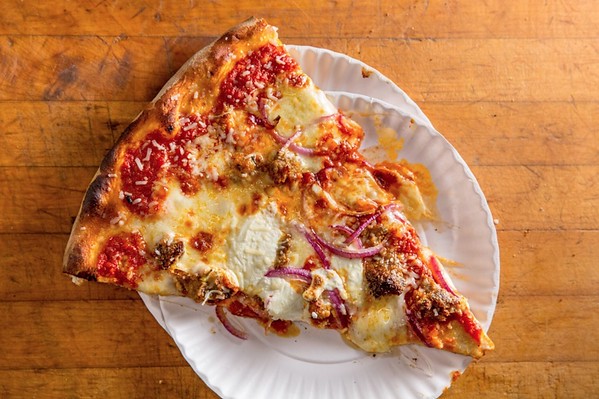 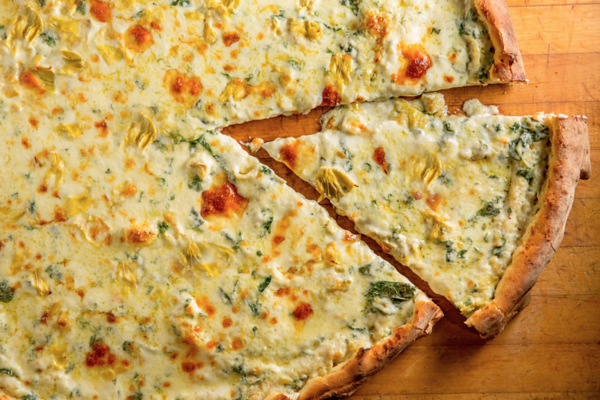 NEWINGTON - The Newington community will be the first in Connecticut to experience what is a ‚Äúcult-favorite‚Äù pizza among New Yorkers.

The famed Artichoke Basille‚Äôs Pizza is opening its very first shop in the state at 2391 Berlin Turnpike, Newington, next week. The newly constructed building is also the franchise company‚Äôs first free-standing restaurant, among 12 other locations in New York, Miami and Berkeley, California.

‚ÄúThis is our first venture into the suburbs so we‚Äôre certainly excited,‚Äù co-owner Francis Garcia said this week.

The company was founded in 2008 by Garcia and his first cousin Sal Basille, both fourth-generation restaurateurs. The pizzaiolos have appeared on the Rachael Ray Show and two of their own Cooking Channel series, Pizza Masters and Pizza Cuz.

They have welcomed franchisee Matt Rusconi into their family business, which is largely composed of relatives. The Avon resident has been involved with restaurant franchising for 11 years.

‚ÄúI came across this brand in New York,‚Äù Rusconi said. ‚ÄúI went down to meet Fran and Sal, the founders, and just loved them and their food. I‚Äôm trying to marry things I love - good food and good people. I always wanted to learn how make pizza.‚Äù

He‚Äôs getting lessons directly from Garcia and Basille, who plan on putting on their New York-style pizza caps in Newington for the shop‚Äôs grand opening Feb. 14.

The cousins are so excited about their new location they decided it needed a dose of good luck, in the form of the original pizza oven from their very first restaurant, along with the original dough mixer. Both pieces of machinery are now up and running and ready to work in the 1,600-square-foot space.

‚ÄúWhen we met Matt we kind of felt like he was a lot like us,‚Äù Basille said. ‚ÄúA very hard worker. We have a really tight family. We all work together - uncles, grandparents, everyone. Now with Matt, it‚Äôs like we‚Äôre cousins through pizza.‚Äù

The trio decided to work together before they actually chose their Connecticut location.

‚ÄúWe probably looked at 20 different sites before we settled on the Berlin Turnpike,‚Äù Garcia explained. ‚ÄúIt‚Äôs definitely a big move for us, but you have to be fearless in business.‚Äù

In addition to the authentic pizza-making equipment, the team also brought up special materials from the city to construct the new building. Elements like exposed brick, steel and antiqued tin pay homage to the family‚Äôs roots.

‚ÄúThe building looks like it should be in Manhattan,‚Äù Basille pointed out. ‚ÄúWe‚Äôre excited to bring something different to Connecticut. We like the demographics of the area; there‚Äôs a lot of synergy with New York.‚Äù

The dining room seats up to 35 people and features a full-service bar. Rusconi has also brought in a piano.

‚ÄúWe hope to get some local talent in here to play,‚Äù he said.

The pizza itself is also unique, straying from the typical thin crust variety of most New York pizzerias. Artichoke‚Äôs thicker pie can hold lots of toppings, like the family‚Äôs signature artichoke cream sauce, along with Surimi crab meat and sausage pies. The ‚ÄòArtichoke slice‚Äô is a meal in itself.

The grand opening is set for Thursday, Feb. 14, with a Sweethearts Deal for Valentine‚Äôs Day. Customers can pick up two slices and two sodas for $9 all day long. The restaurant‚Äôs regular hours will be Sunday to Wednesday, 11 a.m. to 10 p.m. and Thursday to Saturday from 11 a.m. to midnight.

Feb. 13, the night before the grand opening, residents are encouraged to stop by from 6 to 8 p.m. for a fundraiser for Newington High School‚Äôs Project Graduation. For a $10 donation, guests will receive a slice of pizza, soda and an Artichoke T-shirt. One-hundred percent of the proceeds will be donated to Project Graduation, which puts on a safe, substance-free party for NHS graduates after their commencement ceremony.