Photo courtesy of Kaitlyn Klampert | International United Miss Connecticut Jr. Teen Kaitlyn Klampert, a former patient of Shriners Hospital in Springfield and the host of an upcoming chili cook-off in Newington to benefit other patients. Buy this photo

Photo courtesy of Kaitlyn Klampert International United Miss Connecticut Jr. Teen Kaitlyn Klampert before her appearance on "Good Morning America". Klampert, 15, is hosting a chili cook-off at the Sphinx Shrine Temple in Newington to benefit patients of the Springfield Shriners Hospital for Children, where she was a patient. Buy this photo

Kaitlyn when her first set of casts came off after surgery. Buy this photo 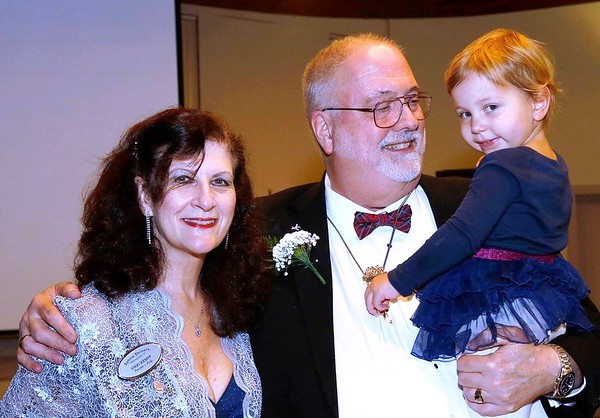 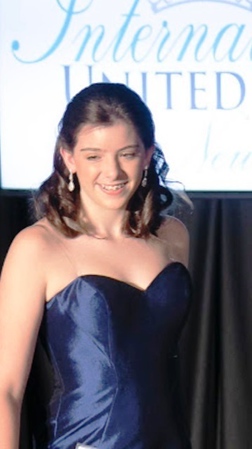 Photo courtesy of Kaitlyn Klampert | International United Miss Connecticut Jr. Teen Kaitlyn Klampert, a former patient of Shriners Hospital in Springfield and the host of an upcoming chili cook-off in Newington to benefit other patients. Buy this photo

A 15-year-old girl who has conquered enormous medical troubles is asking local residents to join her in raising money to help other kids get better.

Kaitlyn Klampert of Danbury has been a patient of Shriners Hospitals for Children in Springfield, Mass., since she was diagnosed with cerebral palsy at age two-and-a-half. Recently crowned the 2018-2019 International United Miss Connecticut Jr. Teen, Klampert launched a fundraising initiative for the non-profit medical center.

Coming up next Saturday, Feb. 9, from 11 a.m. to 2 p.m. is a Chili Cook-off for Shriners Hospitals at the Sphinx Temple Shrine, located at 207 Deming St. in Newington.

“This fundraiser will benefit the cost of what patients have to go through at Shriners,” Klampert explained. “It’s an exciting event and we’re looking forward to it.”

When she was younger her legs were so bent, the heels could not reach the ground. In 2008 a surgery extended her hamstring and heel cords. Klampert spent the next few years in intensive physical therapy, learning how to walk.

“It was an amazing feeling to be able to touch the ground and have the same experience as everyone else,” she remembered. “I could run, jump, play and six months after my surgery I was cheerleading.”

The hospital serves youths under 18 who suffer from orthopedic problems, spinal cord injuries, cleft lip, and other complex conditions. The Boston branch specializes in burn treatment. Over one million children from across the world have been treated at 22 different Shriners Hospitals, regardless of their family’s ability to pay for treatment.

For Klampert’s mother, Christine Kennedy, that fact was a welcome relief.

“They never collected a penny from us,” Kennedy said. “As a single parent I was scared when she went in for her surgery; I really didn’t know what to expect. The nurses and social workers reassure you everything is going to be okay.”

She’s helping her daughter to organize the upcoming chili cook-off.

“She’s an amazing young lady,” Kennedy said. “Nothing has stopped her in fulfilling her dreams. I am so proud and blessed to be her mom.”

For a suggested donation of $10 per person people can taste each chili and vote for their favorite. There will also be door prizes, a bake sale and other surprises. Chili cooks pay $25 to participate in the competition. Email kaitlynklampert@gmail.com for details. All proceeds will go to Shriners Hospitals for Children.

“Just to be able to give back to a hospital that has given my daughter a different life, we’re so grateful,” Kennedy said.

“I hope a lot of people participate,” Klampert added. “This is an amazing cause.”

The Sphinx Shrine Temple is one of only two temples in Connecticut. Members celebrated the organization’s 120th anniversary in 2016.

Sphinx Potentate Bruce Fairclough and First Lady Vikki have a granddaughter with cerebral palsy who is currently a patient in Springfield. Vikki’s 2019 endeavor is called Carli’s Kids, to benefit the hospital’s Go-Baby-Go program. Keepsake buttons will be for sale at the cook-off.

WHAT: Chili Cook-off for Shriners Hospitals