Photo by Erica Drzewiecki | Staff Noah McLain, 10, reads to reading assistance dog Jessie at the Lucy Robbins Welles Library during the Tails of Joy program in 2015. Buy this photo

Erica Drzewiecki | Staff People line up for a program in the lobby of the Lucy Robbins Welles Library. Buy this photo 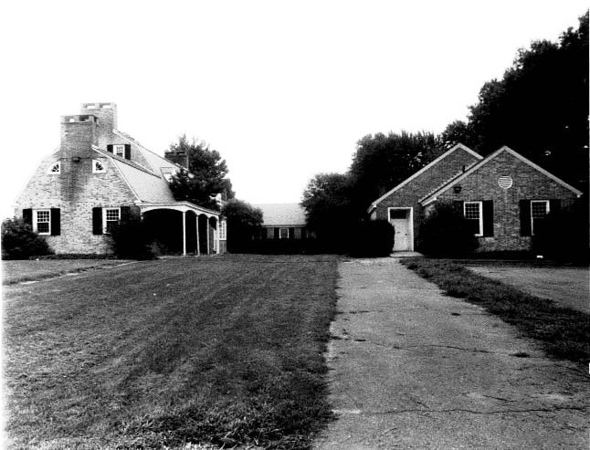 NEWINGTON - For the last eight decades, the library has been a community center, meetinghouse, concert venue, study hall and the town’s main resource for books and media of all kinds.

In 1920 a $10,000 bequest was made by Miss Fanny A. Welles to construct a library in Newington in honor of her mother Lucy Robbins Welles. Her sister Mary Welles Eddy donated a parcel of land for the project when the fund reached its goal. The library opened in 1939.

By 1940 there were 971 registered borrowers and it was the main provider of books to the town’s two schools. In the 1950s a bookmobile delivered knowledge and enrichment to dozens of locations. Also around that time, the facility became host to the annual events of several local clubs.

Its first expansion took place in 1960, before the Friends of the Library was established. By the 1980s almost half of town residents were members. The most recent renovation to the building was made in 1988, following a town referendum and fundraising efforts by the Friends for equipment and furniture.

Since then, the group has donated over a million dollars to the library through its ongoing fundraising activities. Newington native Anna Eddy - of no direct relation to Mary Welles Eddy - was part of the crew that auctioned off old items to furnish the new building in the late Eighties.

Eddy is now chairwoman of fund development for the LRWL’s Legacy Society, which collects and invests financial endowments left to the library to ensure its successful future. The upcoming anniversary series is happening in part due to a 1990 endowment from George G. Hanel.

“A lot of what we do we wouldn’t be able to do without the support of the community that remembers the library and legacy society in their wills,” Eddy explained. “Mr. Hanel had the foresight to make this donation so that people in the community can enjoy the library for years to come. We honor the bequests and look forward to the vision the library has for the future. I think we’re going in the right direction.”

At the helm of this literary ship is Library Director Lisa Masten. Staff and volunteers anchor the sails, with insight into every decision on programming and services.

“We try very hard to keep an eye on the trends and to offer the best we can,” Masten said. “We always want to stay relevant to the community and to the times.”

In the last two decades digital materials and new technology have been introduced with care. The collection is now brimming with e-books, DVDs and other audio-visual materials.

“The technology has changed, the way we do business has changed, but people still come into the library for the same reasons they did when it was established,” Masten pointed out. “To be with other people, to get services they can’t afford or have difficulty accessing and for the variety of programming.”

While at one time children were the library’s main focus, offerings have evolved to serve people of all ages.

“Our collection is extensive and balanced and our programming is creative and exceptional,” Head of Collection Management Jeanette Francini said.

She has arranged for a special visitor next Monday, Feb. 11, at 7 p.m., the day after the anniversary kick-off. Four-time Emmy winner and “The Simpsons” writer Mike Reiss will present Springfield Confidential” - a best-selling memoir of his three decades with the hit television show. A Bristol native, Reiss has written 19 children books and jokes for Johnny Carson and Pope Francis. There is no snow date for the program.

“I’m very excited,” Francini said. “Is there anyone who hasn’t seen at least one episode of ‘The Simpsons’?”

Local creators are often spotlighted at the LRWL, which also features self-published books and their authors.

What does the future hold for this jewel of the Newington community?

“What we want to do, much sooner rather than later,” Masten said, “is expand the building out. There’s a definite need.”

The collection is growing with all the different media and there is very little space to accommodate materials, equipment, events, staff and programming. The Library Board purchased an adjacent parcel with the intent to expand the building, which it owns. The Town Hall renovation has put this project on the back burner for now, but library proponents hope a renovation of their facility is in the near future.

Eddy, who is one of them, also happens to be a regular library patron.

“I can’t imagine my life without it,” she said.