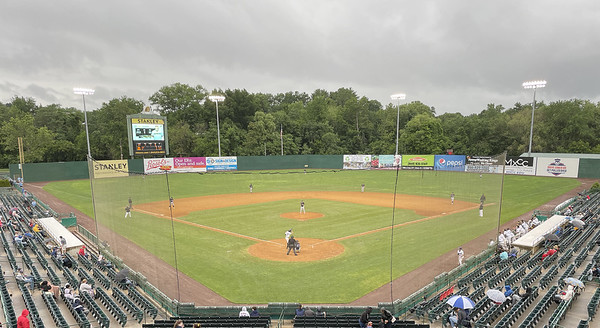 The 2021 Futures League All-Star Game comes to New Britain Tuesday, July 13, for the first time in league history at the home of the New Britain Bees.

Top talent from the FCBL will be on display in an East-West format, including eight players from the Bees on Team West. All teams in the league will be represented in the midsummer classic.

Also part of the All-Star Game festivities will be a home run derby, which will take place Monday, the day before the All-Star Game. Featured in the event is current league leader in home runs (as of Thursday morning) Luke Broadhurst of the Bees.

“The Futures League is excited to come together once again for two days filled with baseball and plenty of fun in New Britain,” FCBL Commissioner Joe Paolucci said. “We look forward to the opportunity to showcase our best players with the return of the All-Star Game - our biggest event of the summer - in front of a passionate fan base.”

“It’s great to have (the All-Star Game) here in front of great fans in New Britain,” said Bees head coach Donnie McKillop after Saturday’s win against Westfield. “… I’m excited. … We’ve got a good group of guys and will be well represented.”

The fans will also get a say in who they want on each team this summer as well. West and East fans can add one more player by fan vote. The Bees partnered with the Worcester Bravehearts in voting to help get Bees product Michael Boyian and Bravehearts product Nick Martin into the All-Star Game. Voting for the players selected van be done over the weekend, expiring just before midnight Sunday, on the league website (thefuturesleague.com).

Tickets for Tuesday’s All-Star Game can be purchased through the New Britain Bees website (nbbees.com). Gates open at 5 p.m. prior to the first pitch at 6:35.

Admission to Monday’s Home Run Derby is free of charge, with the night’s festivities including batting practices and autograph sessions with both teams.