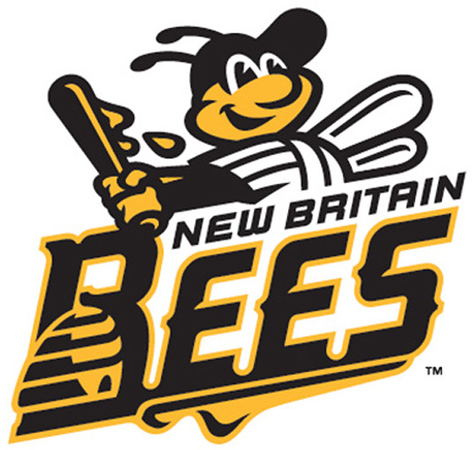 After a month of speculation of whether the franchise would stay in the independent league or join a different one, the Bees announced Monday they will be part of the Futures Collegiate Baseball League.

New Britain will begin play in the FCBL - the same league the Bristol Blues were a part of - in the 2020 season. The Futures League is a collegiate summer league with teams being made up of eligible college players.

The Atlantic League, meanwhile, is expected to use a Road Warriors team for next season, with a new team in North Carolina expected to join the league in 2021.

"We're very excited," Bees general manager Brad Smith told The Herald. "This is a new venture for us, but the Futures League is going to be a great fit. It's a great opportunity for us. It's still the minor league format and we're excited to continue to bring great baseball to central Connecticut."

The Futures League currently has six franchises - the Brockton Rox, Nashua Silver Knights, North Shore Navigators, Pittsfield Suns, Westfield Starfires and Worcester Bravehearts. The Bees will replace the Blues, who opted to leave the FCBL and will be joining the New England Collegiate Baseball League. The NECBL is a bigger league with 13 teams, but the Bees zeroed in on the Futures League as their next destination.

“We were focused on the Futures League,” Smith said. “We really liked that there are a lot of former minor league stadiums in that league, and even though it's summer collegiate baseball, they have more of a minor league business model. Our ownership group liked that model, so that's what we explored.”

The FCBL felt the same way and expect a beneficial partnership.

"We're really excited to have them," FCBL commissioner Joe Paolucci said of the Bees. "They're a great organization with great facilities and a great fan base."

The move from the Atlantic League to the Futures League was in the works for about a month and members of the Bees front office knew there was a strong possibility the move could happen. The front office reached out to the Atlantic League toward the end of the 2019 season, as the Bees were battling for a postseason spot, and let the league know of their intentions to move on to the FCBL, according to Smith.

“We were good partners with the Atlantic League,” Smith said. “They were very happy with us. It was just a decision on our part to move our resources over to the Futures League with a shorter schedule.”

After notifying the Atlantic League, the Bees immediately turned their attention to the FCBL, which currently has seven teams, with the Bees as their latest arrival.

"The whole thing happened quickly," Paolucci confirmed. "Because they're such a great organization, we were able to get this done."

With the FCBL, New Britain will play a shorter schedule with the regular season opening May 28 and running until Aug. 2. The Bees will also host their new league's All-Star game on July 14.

The team has to work on developing both its roster and coaching staff quickly. The other six teams in the Futures League have already begun that process.

"The operation of the Bees is going to stay pretty much the same," Smith said. "We're going to take the Atlantic League model and use it in the Futures League. But we're a few weeks behind where the other teams are. They're in the process of putting their teams together. We're behind that and still need to hire a manager."

That means Mauro Gozzo, who lead the franchise to its most successful season in its four-year history, will not be back. Smith said the Berlin native wants to remain in professional baseball.

“From a team perspective, I think it was an outstanding season," Gozzo told The Herald. "There can’t be any complaints from that aspect … we had the most wins in franchise history. I don’t think it has anything to do with the baseball portion of it. I think it’s all business related.”

There is also the matter of the team's lease with New Britain Stadium, which is owned by the city of New Britain.

The Bees signed a 15-year lease with the league when it joined in 2015, but that lease was renewable every five years. The Bees, despite finishing with the most wins in their history in 2019, drew the fewest number of fans in the league at 133,141.

But Smith said the Bees would like to stay.

"As you know, we have a chance to renew it every five years, but we want to be here," Smith said. "We look forward to bringing baseball to central Connecticut and we look forward to talking with the city about the lease."

New Britain Mayor Erin Stewart could not be reached for comment.

As a result of shorter season schedules in the Futures League, the Bees will now have just 29 home openings at New Britain Stadium next season (30 including the All-Star Game). This is a dramatic decrease from the 70 home openings the team had as an Atlantic League team, which could create a desire for the city and the team to host other events at New Britain Stadium to get more use out of the facility that was constructed in 1996 to host the New Britain Rock Cats of the Double-A Eastern League.

“We'll be hiring a special events coordinator that would help us out with that, but we absolutely plan on filling our calendar with more events here that aren't just Bees games,” Smith said. “We have a lot of ideas. Nothing worth discussing right now, but we're focused on getting a lot of amateur events and other baseball events out here, but as far as concerts and other ideas like that, they're just in the big idea stage right now.”

The Bees and the city of New Britain have already been contacted to host external events, but nothing will reach any advanced stages of planning until the team finalizes its roster and finishes preparations for the new season, which will be the first since 1983 without a professional team in the city.

“We've been contacted to do other baseball tournaments and concerts, and stuff like that, so there has been interest,” New Britain Parks and Recreation director Erik Barbieri said. “But nothing is solidified.”