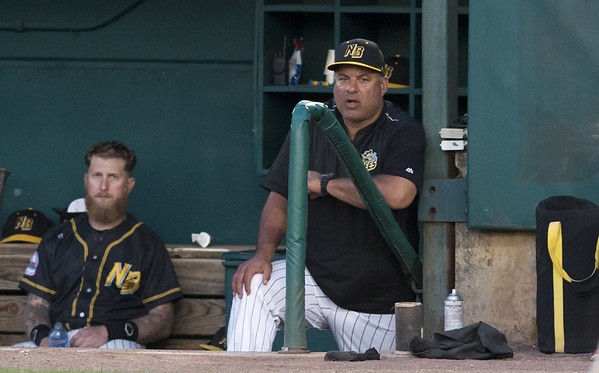 NEW BRITAIN - With a potential playoff appearance in sight, the New Britain Bees are bolstering their pitching staff for what will be a crucial stretch run over the next two and a half weeks.

The Bees recently announced a trade with the Gateway Grizzlies of the independent Frontier League, acquiring pitchers Grant Black and Dakota Smith for a player to be named later and future considerations. Both will be making their Atlantic League debuts.

Black is in his second season of professional baseball, and arrives in New Britain having posted a 2.41 ERA with 65 strikeouts over 52 1/3 innings of work. The righty also picked up nine saves in relief.

Black played his college ball with Arkansas-Monticello and logged a 4.47 ERA over 173 innings, striking out 118 against 76 walks. In his first season with the Grizzlies in 2018, he pitched to a 4.38 ERA in 48 1/3 innings with seven saves, so the 25-year-old has shown vast improvement over the past season, including limiting the long ball (dropping his HR/9 from 1.3 to 0.5).

Smith joins the Bees in the midst of his fifth season of pro ball and appeared in 45 games for the Grizzlies this season, holding a respectable 3.47 ERA with 53 strikeouts over 49 1/3 innings.

Smith broke into professional baseball with Gateway in 2015 after pitching in college for University of Kansas, where he held a 3.67 ERA over 27 innings, logging 23 strikeouts along the way. Smith struggled in his debut season for the Grizzlies, logging a 4.91 ERA over 36 2/3 innings before settling down in 2016 and collecting a 2.25 ERA over 40 innings of work, striking out 42 batters in that span while walking just eight. He bounced around to the South Atlantic League and the New York-Pennsylvania League before returning to Gateway last season. He struggled last season, pitching to an ERA north of six over 27 2/3 innings, but the righty appears to have rebounded this season.

Black and Smith will look to provide help for a New Britain pitching staff that currently holds a league-worst 5.03 ERA, and the second-highest WHIP (1.48) in the league. The Bees have also allowed more hits and home runs than any other team, despite logging the least amount of innings.