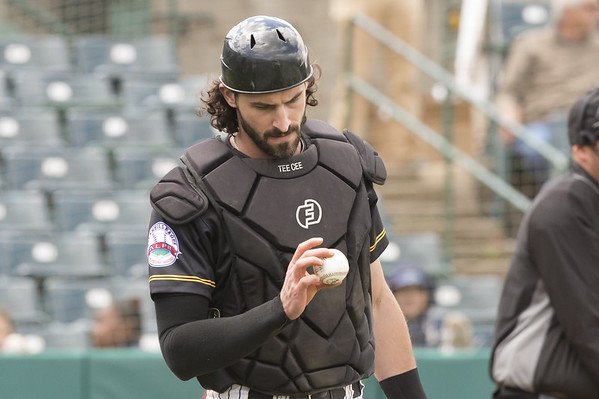 NEW BRITAIN - When the New Britain Bees dropped a close contest in MondayŌĆÖs series opener with the first-place High Point Rockers, losing 8-6 for the teamŌĆÖs third straight loss, it was the latest in a deflating trend.

The narrow defeat was one of a number of close losses that has plagued the BeesŌĆÖ season so far, and one that hasnŌĆÖt shown signs of changing in recent weeks.

Prior to the start of the second half of the season, manager Mauro Gozzo looked back on the first half of the year and cringed at the quality chances that eluded the team. The Bees finished the first half right around .500, but Gozzo knew the final mark could have been much better.

ŌĆ£I still think that we let go of eight to nine games from the seventh inning on that irk me and make me think ŌĆśWow, where could we have been?ŌĆÖŌĆØ Gozzo said back in July. ŌĆ£There have been some games that we let slip away and didnŌĆÖt hold on to those leads.ŌĆØ

So far in the second half of the season, New Britain has done little to calm GozzoŌĆÖs nerves in tight contests. Over the BeesŌĆÖ three straight losses, all of them have come by two runs or less. The Bees dropped their last two games of last weekŌĆÖs series with the Southern Maryland Blue Crabs, and both came by one run in extra innings. Those last three losses have been a microcosm of the teamŌĆÖs season as a whole, including the second half overall.

New Britain is in last place in the Liberty Division heading into Tuesday nightŌĆÖs action with a record of 10-19 in the second half of the season. Of those 29 games, 16 have been decided by two runs or less. When more than 50 percent of a teamŌĆÖs games have the tying run at least in the on-deck circle, itŌĆÖs important to take advantage, especially when that team has one of the best closers in the league in All-Star Jim Fuller.

Instead, the Bees have stumbled in such situations, posting a record of 6-10 through the second half in games decided by two runs or less. If those numbers were flipped around, the Bees would currently be tied for second place in the division and just three games back of first, instead of seven games off first place.

Simply put, the Bees have struggled at time to be able to come through in those high leverage situations. In one-run games, the Bees are 3-5 so far in the seasonŌĆÖs second half, having lost the last two and three of the past four.

In SundayŌĆÖs 1-0 loss, the Bees started the frame with the tying run on second, as per the leagueŌĆÖs new rules, and that runner (Bijan Rademacher) was promptly caught stealing, emptying the bases before the next two batters went down in order. On Monday, the Bees were retired in order in the bottom of the ninth after the Rockers tacked on an insurance run. Back on Saturday, trailing by one in the bottom of the 12th, the Bees managed only a flyout and two popouts to suffer another close loss where the tying run started the inning in scoring position.

Over the course of a full season, itŌĆÖs hard to expect a team to claim every close game, or even the majority of them. Close games with fairly even win probabilities, however, mean New Britain should at least hover near the .500 mark, but instead it has struggled. Gozzo pointed to such issues as a main culprit of the teamŌĆÖs inability to stay in the playoff race in the first half of the season, and it appears to be hurting the teamŌĆÖs postseason chances again in the second half.

The Bees will need more timely hitting and more reliable bullpen arms outside of Fuller if they want to make the playoffs for the first time in franchise history.