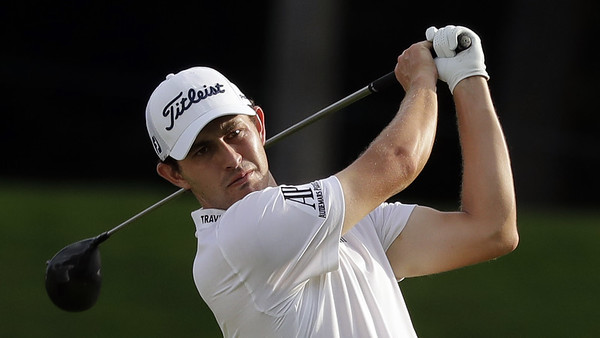 HARTFORD - The Travelers Championship has added another top-10 golfer to its field.

The tournament announced on Tuesday that Patrick Cantlay has committed to play in the 2020 event.

Cantlay is currently No. 6 in the World Golf Rankings and will join a field of players that already consists on top-ranked Rory McIlroy and No. 4 Justin Thomas. Three-time winner Bubba Watson has also committed to play at the Travelers Championship.

“Adding Patrick is great for our player field, and we’re thrilled that he’ll be joining us in 2020,” Andy Bessette, Executive Vice President and Chief Administrative Officer at Travelers, said in a statement. “Our relationship with him is a perfect example of what we’ve tried to do over the years. We gave a promising young amateur an exemption and have built a wonderful connection with him since then.”

In 2011, Cantlay shot a 60 at TPC River Highlands - the lowest score by an amateur in PGA Tour history - playing on a sponsor’s exemption as a 19-year-old. Before he turned professional, Cantlay was the top-ranked amateur in the world and was named the nation’s top collegiate player while at UCLA. He also represented the United States at the 2011 Walker Cup and went 3-2 at the 2019 Presidents Cup.

Professionally, Cantlay has two wins on the PGA Tour, taking first place at the 2019 Memorial Tournament and the Shriners Hospitals for Children Open in 2018. This season, his best finishes have been a second at the Shriners and a fourth at the Sentry Tournament of Champions. Since the start of the 2017 PGA Tour season, Cantlay has made the cut in 56 of 61 starts with 22 top-10 finishes.

The Travelers Championship will be held June 22–28 at TPC River Highlands in Cromwell. For tickets or for more information visit www.TravelersChampionship.com .