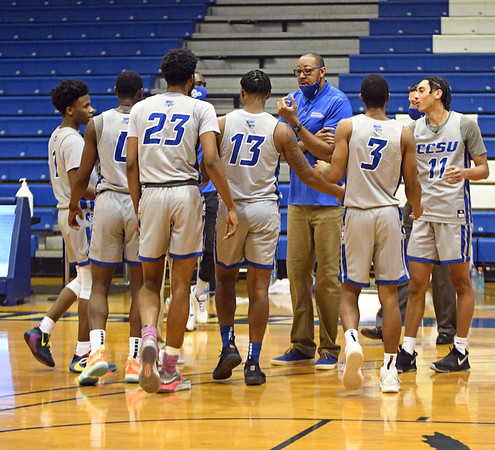 NEW BRITAIN - The Central Connecticut State menâ€™s basketball team was overmatched in its series against Bryant last week and part of that was because they were missing two key players.

The Blue Devils (2-7, 2-4 Northeast Conference) were without guards Myles Baker and Ian Krishnan who were both late scratches before the first game in Smithfield, Rhode Island. The school said on Monday Krishnan was placed in the covid-19 protocol while Baker is dealing with an injury, but both are expected to return to practice this week. Whether they will be back in time for their game Thursday against Sacred Heart is yet to be determined.

Krishnan started in six of his seven appearances this season and is averaging 9.7 points in 25 minutes. He is one of the teamâ€™s most consistent long-distance shooters and will be an important addition when he returns. Baker made one start this season and is averaging eight points per game in just under 20 minutes. With just 11 total players on the roster, missing anyone can disrupt the teamâ€™s rotations so their return is crucial.

If either of them is not ready by Thursday, their next opportunity to suit up is the following Thursday at home against Mount St. Maryâ€™s.